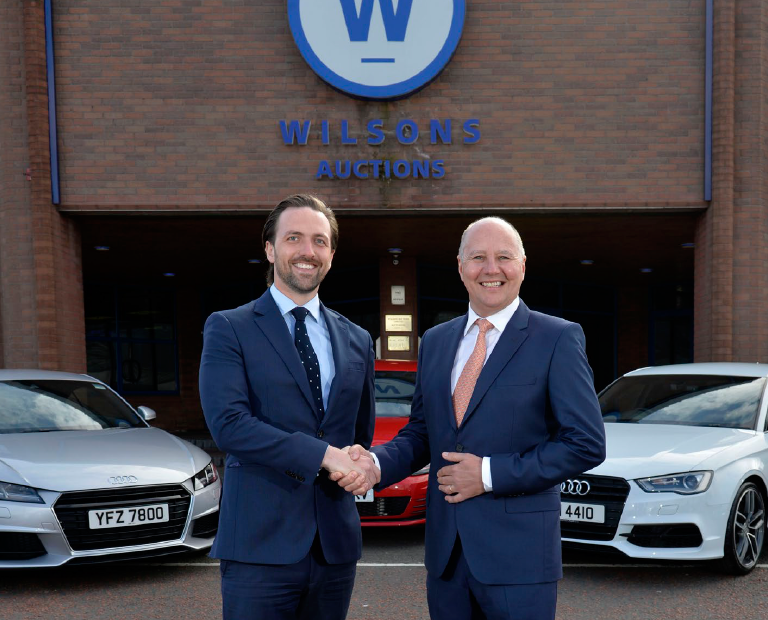 With the official demise of traditional fixed line systems on the horizon, it’s hardly surprising that more and more NI businesses are switching to VoIP (Voice over Internet Protocol) phone systems. The Barclay Group, Northern Ireland’s largest independent telecommunications company is at the forefront of this revolution.

As a £22 million turnover operation with more than 200 staff, Barclay offers VoIP systems to a wide range of business customers with demand rising rapidly.

“There is no doubt that VoIP is the future when it comes to company communications systems,” says The Barclay Group’s Managing Director Britt Megahey. “Companies here, like everywhere else, are changing the way they manage their communication requirements, moving towards mobility, ease of use and flexibility. Traditional fixed line systems, increasingly, are becoming a thing of the past.”

Megahey is one of the industries most experienced. He set up his first mobile phone shop in Larne, Co. Antrim, more than 23 years ago and the company has experienced impressive growth. The ability to diversify its product range from mobile services to becoming a leading VoIP supplier, whilst introducing solutions such as WorkPal ( a workflow management software) shows the award-winning company has chosen wisely and strategically throughout its years.

The Group is headquartered in Belfast but has offices in Glasgow, Aberdeen and Dublin, and some 60% of its business is now acquired outside of Northern Ireland. With the ongoing company expansion, it has created 35 new jobs within the past couple of months to help cope with increasing demand.

In a nutshell, a VoIP phone system routes telephone calls via the internet rather than traditional phone lines. That means a clear cost saving (on average 60%), is only one major advantage of switching to VoIP for business customers. But, as William Redpath, one of several experienced Product Managers at Barclay, explains, it’s the flexibility and added features of our VoIP system that adds even more value for businesses.

“VoIP is designed to replace the phone systems that organisations use to connect internally and externally to the public network,” he says. “But our systems come with a host of features like call recording, conference calling, reliable video conferencing, auto attendant, detailed call reporting, phone directories to name but a few.

“Remote users, such as employees who telecommute or work at client locations, can easily access the system and it integrates with mobile devices so that users are not tied down or feel disconnected to their office.”

There’s not only a commercial imperative behind the increasing number of companies switching to VoIP technology.

The announced plans to cease analogue lines in the UK by 2025, effectively shutting the traditional telephone network and moving customers towards data technology poses exciting times.

All phone calls will eventually be made over broadband using a VoIP system, and the old system of wholesale line rental and associated products will be phased out.

Mitchell Millar also a Product Manager for The Group advises:

“It’s all part of the move from analogue to digital which has been ongoing for several years. In fact, from later next year, BT plans to not sell any new fixed lines as part of the build-up towards 2025.”

“Many of the UK and Europe’s largest organisations have already moved towards VoIP telephony systems. In some cases, their employees don’t have any hard plastic on their desks at all….in other words, no physical landline presence and instead utilise the software and softphone applications in totality.”

The Barclay Group supplies, installs and maintains IP systems from the UK’s market-leading cloud communications specialists Gamma, whose Horizon systems deliver an extensive range of telephony capabilities via an easy to use web portal.

“When we say that these systems are easy to understand and use, we mean it. Our customers have quickly discovered the many benefits and extra features that are available to them once their Gamma systems are up and running.”

“It is a fast and reliable system first and foremost, it can cut phone costs by more than half and it can also be deployed as a very effective management information tool for call recording, reporting and analysis. A system and solution designed to appeal to all levels of any business.”

A high profile company making use of The Barclay Group’s VoIP technology is Wilsons Auctions, a Mallusk based company with operations across 18 sites throughout England, Scotland, Wales and Republic of Ireland.

Very similar to The Barclay Group, the company has grown rapidly over recent years, becoming the largest independent auction company in the British Isles, and has developed an area of specialisation in the field of storage and sale of criminal and government assets.

“Wilsons Auctions can handle some 1300 or more phone calls each and every day,” says Britt Megahey. “So what is important for them is that they have a fast, reliable, effective phone system which means every call is answered and managed in the right way.

“Our VoIP solution puts the customer back in control of their phone systems. The technology can be customised exactly how the customer wants it in each and every situation.”

“Britt and the Barclay team have been trusted suppliers, across several solutions to Wilsons Auctions for many years. Their attention to detail, clear price delivery and exceptional service meant Barclay were an easy choice as our new VoIP supplier”

“As we have become more reliant on our landline system it was imperative that everything ran smoothly and efficiently.

William, Mitchell and the team at Barclay were fantastic. From planning the flow of how we wanted calls routed, liaising with different managers and staff through to being on each site via a strategic rollout to ensure systems were operational and staff trained on their new solution. I really couldn’t have asked for anything more.”

The Barclay Group’s Managing Director explains that these are exciting times for his company.

“Telecoms has always been a fast-moving industry, but it’s changing faster now than it has ever done,” he says. “We’re at the cutting edge of today’s business communications technology. The VoIP revolution is a case in point. Therefore we’re very well placed to help any size of business, across any sector, maximise their business communications seamlessly from mobile through to office systems.

We believe once you see and integrate with this new technology you too will become an ambassador and in doing so will change the way you do business for the better.